Son Dakika Haberleri
Ev / English News / Third Big Game, Begins in the Wakhan Corridor between the US and China

Third Big Game, Begins in the Wakhan Corridor between the US and China

It turned out that the exiles of the Exile Government had defrauded the Uighurs by calling them ISIS, and that the Turkistan Islamic Party had been issued a declaration for those who were expelled. 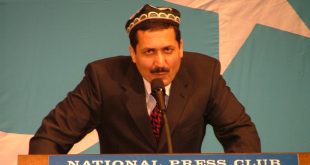 Turkestan Islamic Party; Since the United States and the Government of Exile. Fights against Allah in Afghanistan and Syria 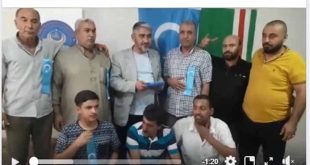 The so-called East Turkestan Exile Government claimed that the PKK held a meeting with the tribes in the Rasulayn.

Now, the Büyük Third Great Game ”period starts between the USA and China. And this reckoning will be carried out through Afghanistan, Tajikistan, East Turkestan. Rather, the east of Turkestan will be the scene of the hegemony war of two great powers on a global scale such as the USA and China.

So, where do we stand, how do we produce words and power?

I will not go into the details of the US-China competition. This is the subject of another article or articles. I am interested in what will happen in the east of Turkestan. And we; how will we look at these developments as the people of the geography, as the Muslim world, as the Turkish world?

What kind of response? It is of interest to us whether we will stand on the US side, take positions according to the Chinese priorities, or build and act on our own stance, view, priorities.

None of these wars was ours. They used our weaknesses.

Africa’s depth in every frame of the Middle East, the invasion of Afghanistan in Libya, the Arab sectarian crisis of internal conflicts in the world, Turkey towards coup and multinational attempt to attack the Syrian terrorist corridor in the northern Arab-now in the Persian struggle beginners Arab world Turkey ‘ None of the crises we witnessed until our attempts to provoke. Yes, we had weaknesses, wrongs, anger, more problems.

But these conflicts, occupations, terrorist operations, massacres, humiliation, plundering and ruining the geography were not our fight. The supporters of the power struggle on a global scale determined occupation and security strategies through our weaknesses and always marketed their wars with our weaknesses.

Önceki US brings Syriacs in Syria and Iraq to fight Taliban and China on China-Afghanistan border
Sonraki Will the Uighurs be the weapon of the CIA under US auspices?

Anwar Yusuf Turani and his team unannounced contact with the Chinese; TKÜUGD expressed his claim